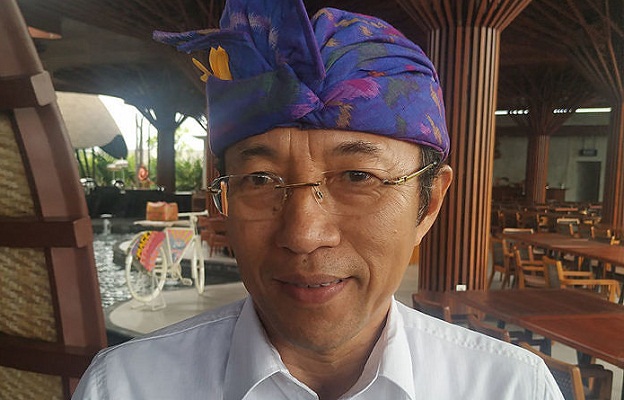 Pasundan Post ■ Bali is suddenly troubled by the presence of the corona virus. This is because there are three foreign tourists who are in Bali declared suspect (suspected) of corona virus.

The news of these three foreign tourists is quite disturbing because many people are afraid that the corona virus will start to spread in Indonesia. Of the three tourists, one of them came from Mexico who had lived in China. Then the other two were six-year-old and 3-year-old brothers from China.

In order to anticipate the horrendous corona virus, the three tourists were rushed to the Sanglah Central General Hospital (RSUP) in Denpasar, Bali on January 22, 2020 to undergo intensive examination.

After following a series of examinations at the hospital, finally the Mexican tourist with the initials EFC (39) suspected of being affected by the corona virus was finally allowed to go home precisely on Friday (1/24/2020) then.

While related to the sisters YM (6) and QCM (3,7) they were also allowed to go home. This is because the results of their laboratory swabs were declared negative by the corona virus which had disturbed Bali.

dr. Ketut Suarjaya as Head of the Bali Health Service on Saturday (1/25/2020) stated that the three tourists who were in Bali had been declared negative from the corona virus.

"The lab results are all negative. The patient was discharged at around 15:00 WITA, was healthy. His condition improved and he was discharged from the hospital to return to his country, "he explained.

When asked about the actual illness suffered by the patient, he only said that the common cold.

Related to this case in order to increase alertness and more information about the corona virus, here are some important things to know.

When the corona virus starts to spread, we will definitely remember that this case is similar to the SARS virus that first appeared in China. Slowly the virus was endemic throughout the world precisely in 2002-2003 ago.

Reporting from the World Health Organization (WHO), Centers for Disease Control and Prevention (CDC), the SARS virus since its inception has killed nearly 800 people in the world.

The spread of the corona virus is worrying because it can infect animals, so that its spread to humans can be faster.

According to Peter Horby, a professor of infectious diseases and global health from the University of Oxford said that although often equated, the corona virus is somewhat lighter than the case when the SARS virus spread.

This is because the corona virus is quite long to develop to the initial symptoms when it starts to be infected.

Since its appearance in China, the corona virus has begun to spread to several regions such as Hong Kong and Macau. Meanwhile, in some countries they have been attacked, ranging from Singapore, Japan, Vietnam, South Korea, the United States to Thailand.

Not yet known exactly how and when the corona virus is transmitted to humans. Moreover, the virus was initially suspected from the food market that carried out illegal transactions against wild animals.

Provisional estimates of the corona virus in Wuhan come from bats and snakes. We need to know that the body of the snake itself contains a number of bacteria, one of which Salmonella can cause poisoning and digestive problems.

Based on research recently published in a journal titled Journal of Medical Virology on January 22, 2020, snakes are not the first time that animals have become a source of transmission of the virus. If you remember, bats had previously been the source of the initial SARS infection that had occurred in China several years ago.

Quoted from The Guardian, the Chinese national health commission stated that the transmission of this virus could eventually occur from humans to other humans. On January 24, Chinese authorities acknowledged there were 830 cases and 26 people had died from the Corona virus.

Even airports throughout Indonesia, especially those with direct flights in China, have increased their vigilance by activating thermal scannel, giving health alert cards and KIE to passengers.

The Ministry of Health has also issued Circular to all Provincial Health Offices, Regencies / Cities, Referral Hospitals, KKP and BTKL to increase alertness and preparedness in dealing with this disease, including preparing 100 Referral Hospitals to handle emerging infectious diseases as well as preparing logistics.

The public is urged to remain calm and always be aware of the spread of this virus. (R-01)