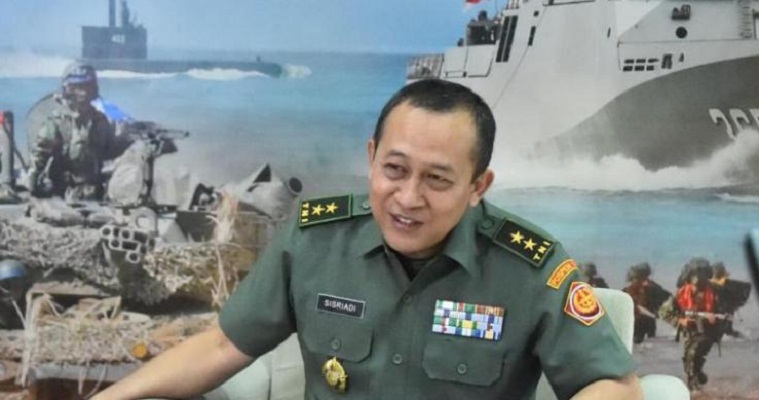 PASUNDAN POST ■ The Chinese government claims to have sovereignty over the waters near the Nansha Islands, southern China sea.

China said that the area traversed by fishermen and the Coast Guard of their country some time ago was their own territory. The intended area limit is 9 Dash Line (9 Dash Line) which has been established since 1947.

However, the 9 Dotted Lines which China claimed as its territorial boundary hit other countries' territories, including crashing into Indonesia's Natuna Waters.


Regarding China's claims for Indonesian waters, the TNI has increased its preparedness.

The head of the TNI Information Center, Maj. Gen. Sisriadi, said that the increase in preparedness to anticipate the incidents of claiming occurred again.

"The TNI is increasing preparedness by improving the sensing system and the early detection system," Sisriadi explained, in his statement, Thursday (2/1).

The main weapons systems such as ships and aircraft are also alerted.

"The TNI is also alerting the defense equipment of the sea and air dimensions that have been deployed around Natuna waters," Sisriadi said.

The use of TNI combat fleets is based on the principle of 'economy of force' or economic deployment if necessary, according to the development of the situation and needs.

The TNI also plans to activate the Maritime Information Center, which is located at the Indonesian Armada Corps I Headquarters, Jakarta. If the facility is already active, any movement that violates territories at sea can be known.

"In the near future the TNI will operate the Maritime Information Center, whose function is to detect and identify each marine vehicle that enters our waters," Sisriadi said.

The Indonesian Ministry of Foreign Affairs has summoned the PRC Ambassador in Jakarta.

Spokesperson for the Ministry of Foreign Affairs of the PRC, Geng Shuang, responded to the summoning of the ambassador and gave his statement regarding the territory of the Natuna Waters.

According to Geng, the waters around the Nansha Islands (Spratly Islands) still belong to China. His ambassador in Jakarta also confirmed this to the Indonesian Ministry of Foreign Affairs.

The Indonesian Ministry of Foreign Affairs released a press release on Wednesday (1/1), regarding the rebuttal of China's claims. Indonesia reiterated its rejection of China's historical claims in Natuna waters. According to him, Chinese claims are unilateral claims.